In an interview with the Berkshire Hathaway (BRK-A, BRK-B) CEO in his Omaha headquarters on Tuesday, Buffett called the recent market shock “a one-two punch” with Coronavirus and the plunge in oil prices, but indicated that the October crash of 1987 which he called a “financial panic” was worse.

As for the market collapse in the fall of 2008, he said that was “much more scary, by far, than anything that happened yesterday.”

Basically we have been saying (apparently as has Warren) that 2008 was a systemic risk, in that our entire banking system could have ended.…what’s happening now is more of an event focused risk along the lines of what happened on 9/11.  The takeaway being that this too shall pass, and that corporations have WAY more cash on hand now than they did in 2008. The double whammy of falling Oil prices along w/the Coronavirus is what is creating this current pain…that aside, stay safe and healthy and know that this too shall end…read the article below to get a fabulous lesson in how to control our behavior relative to the market and watch the video! 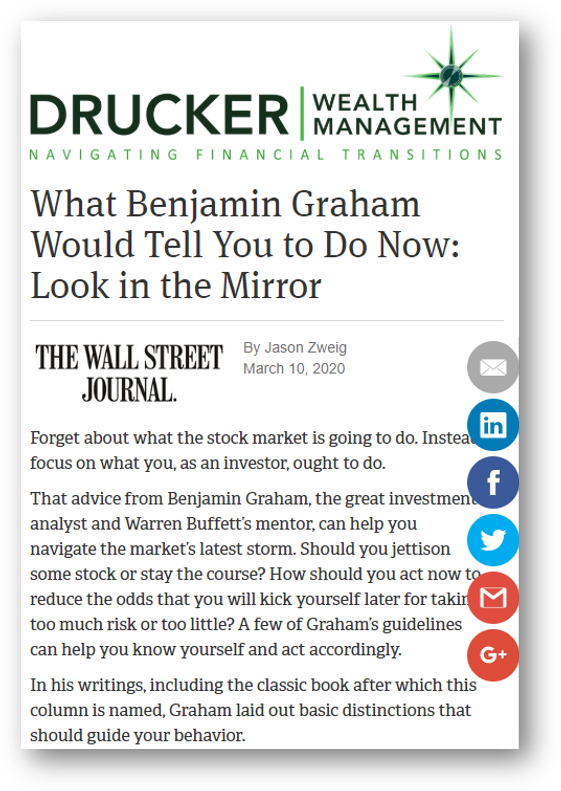