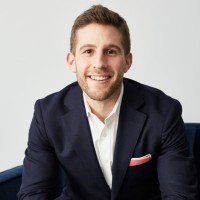 Byline Bio: Gideon Drucker, Certified Financial Planner, Accredited Investment Fiduciary and Equity Compensation Associate, is a third generation advisor at his family’s wealth management firm, Drucker Wealth. A Forbes Next Gen Advisor, Gideon is the Founder and Director of the firm’s Wealth Builder Division. He is the author of the new book “How to Avoid HENRY Syndrome: Financial Strategies to Own Your Future.” HENRY stands for High Earner, Not Rich Yet. Contact him at Gideon@druckerwealth.com.

Broadcast BIO: While following in his father’s — and grandfather’s — footsteps, Certified Financial Planner Gideon Drucker is forging his own path as a guiding voice to his peers. Gideon works with young professionals, newlyweds, and young families as they look to take a more proactive approach in their financial world. His new book is “How to Avoid HENRY Syndrome: Financial Strategies to Own Your Future.” Welcome, Gideon. What’s HENRY syndrome and why is it a problem?

While meeting many of his firms’ pre-retiree clients during his first year, Gideon kept hearing a common refrain: “If Only I had met you 30 years ago.” This sentiment, repeated dozens of times by new Drucker Wealth clients approaching retirement, became Gideon’s inspiration for everything to come. Gideon created the HENRY Syndrome™ suite of services as a way to educate and empower young professionals, newlyweds, and young families to make smart financial decisions for their futures.

Gideon was recently named by Forbes as a Top Next Gen Advisor and is a sought after public speaker, presenting his HENRY Syndrome ™ workshops to hundreds of companies, organizations, and nonprofits throughout New York City and beyond with a primary focus in the tech community. Gideon graduated from Lehigh University before serving as a combat paratrooper in the Israel Defense Forces. Contact him at Gideon@druckerwealth.com.

**Reviews apply to "How to Avoid H.E.N.R.Y. Syndrome: Financial Strategies to Own Your Future" only, and are not reflective of client experience or the H.E.N.R.Y Suite of Services.