Writing about whether the next stock market correction would come in 6 weeks or 6 months (below)...I had no idea how real my words would soon become. It's actually chilling to think back to when I wrote  about what we're currently living through as merely a distant hypothetical. And yet...nothing has changed. So yes, we're in a devastating stretch...it could go on for the next month or for the next 22 months...I have no idea. But here is what I know...This TOO SHALL PASS.  As every single market crisis has before. The words below are just as true as when I wrote them 6 weeks ago...but they are about 1000 times more important to believe in your heart today. - GD

It’s not about timing the market; it’s time in the market.

For us young people, no part of our investment strategy will be more important than the amount of time we allow ourselves to be a part of the growing American and world economy.

Wait!” you say. “How do I know the market is growing? Aren’t we poised for a big market correction after eight years of upward momentum?” Of course, we are—although I have no idea if it’s going to be in six weeks, six months, or six years. However, for us young folks, that hardly matters because these short-term movements are irrelevant to the sort of long-term growth I’m describing. 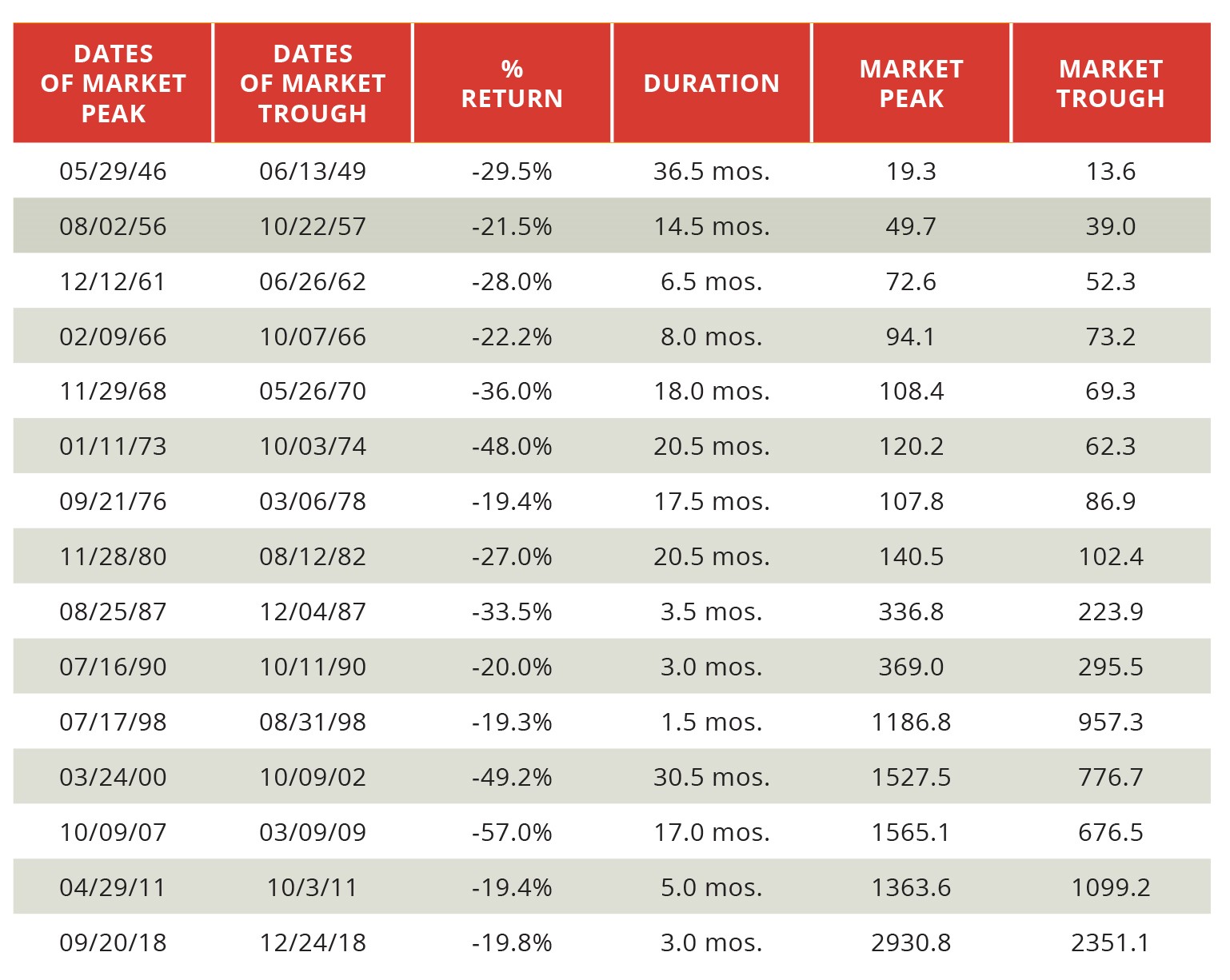 Check out the chart above from Nick Murray*.

Whether we like to admit it or not, stock prices go down all the time!

What’s crucial to keep in mind is that these stock prices don’t stay down for long.

Despite these frequent dips, the stock market as a whole (using the broad index representing the American stock market, the S&P 500 that we just referenced as a bogie) has increased 150 times over during that same time period. Put another way, the S&P 500 Index price was fifteen back in 1946. It had climbed to 600 when my dad was born in 1963 and it was at 1,900 in 1991, when I was born. It’s currently around 30,000. 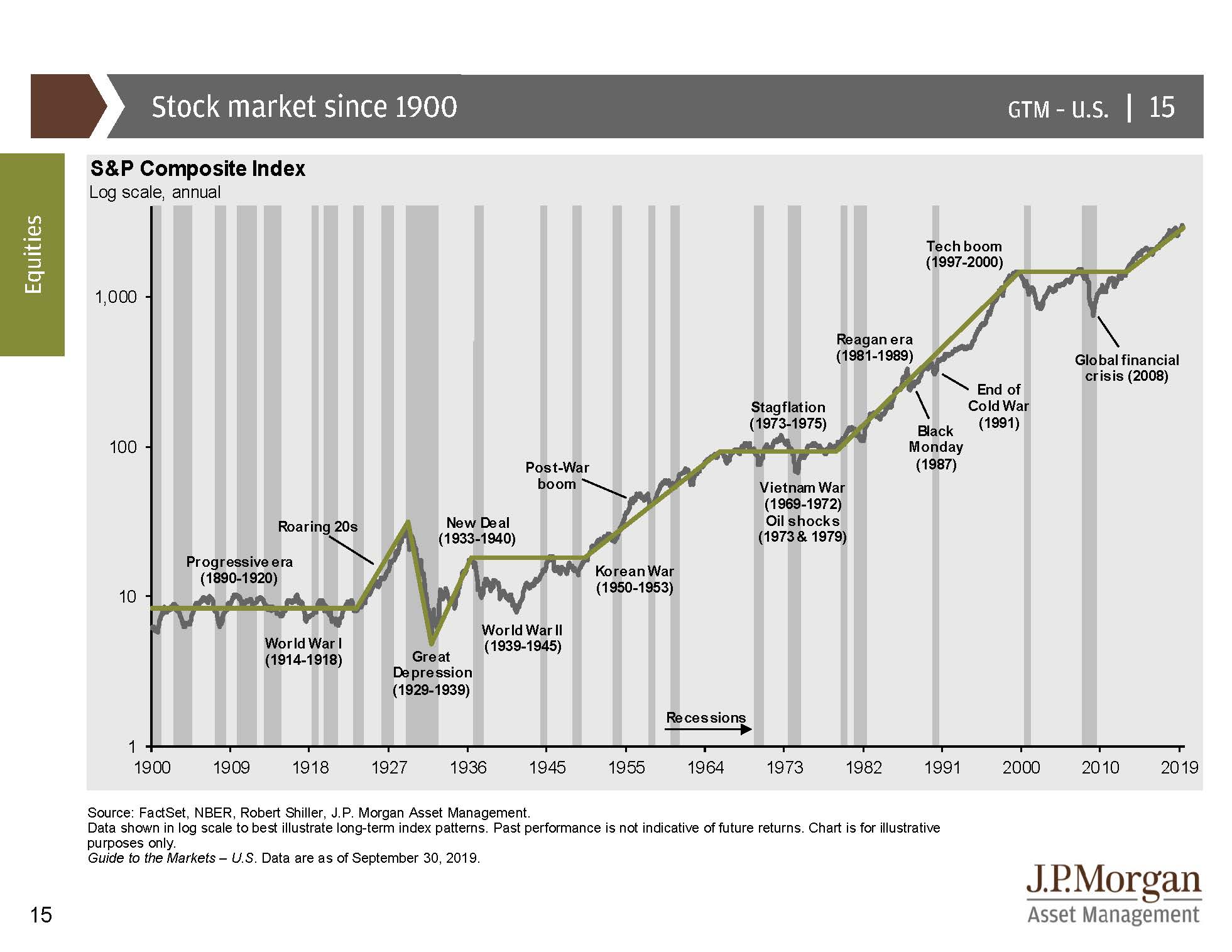 I love this particular graph of the stock market over time, because it names every ‘crisis of the moment’ throughout history and we get to see how every single one of them was ultimately irrelevant to the stock market’s continued advancement. And, as we just saw, every single dip in the market is followed by a significant and permanent upward climb that we all get to be a part of.

Those declines have not once, not ever, managed to stop the unrelenting upward trajectory of the stock market, which, as you can see for yourself in the chart below***, has meant an average annual return in excess of 10 percent. 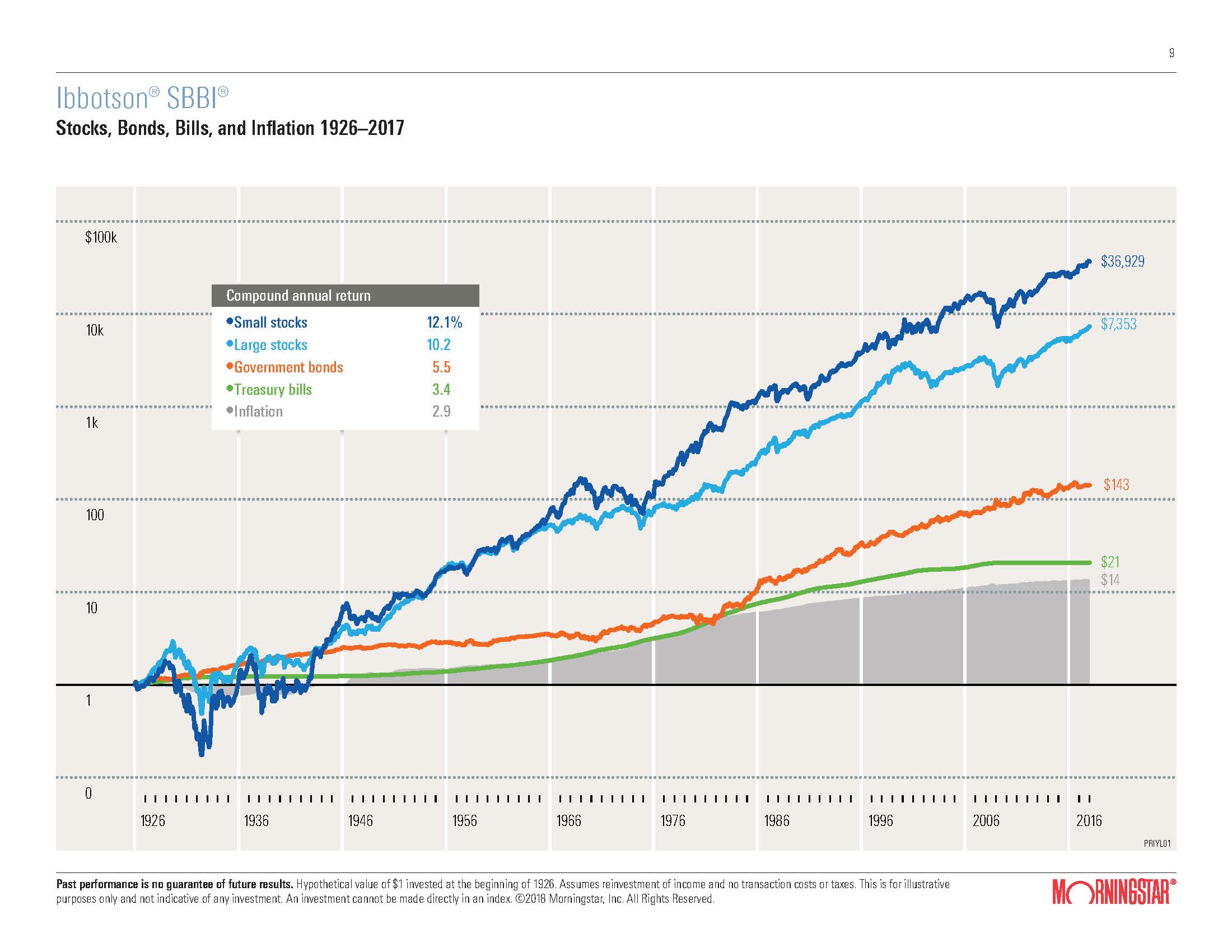 Want to learn more? This is an excerpt from my book, How To Avoid HENRY Syndrome: Financial Strategies To Own Your Future.

READ HOW TO AVOID HENRY SYNDROME